A testamentary trust is an arrangement set up in a Will directing the executor (“estate trustee” in Ontario) of the Will to hold certain estate assets for the benefit of certain individuals or to transfer certain assets to a separate trustee who will do so. The executor or separate trustee is then directed to pay out the income (interest, dividends, etc.) and eventually the assets (or the proceeds of their sale) over a period of time. Provided the trust is properly structured, such an arrangement can provide a number of benefits, including the following: Additional income splitting tax benefits of such trusts were available in Canada for more than 25 years, allowing trustees to tax income in the trust starting at the lowest marginal rates. Because the Canadian government became concerned with the growth in the tax-motivated use of testamentary trusts, it announced its intention in the 2013 Federal Budget to review and consult on possible measures aimed at eliminating these special tax benefits. Following a consultation period, the 2014 Federal Budget reaffirmed the government’s intention to proceed with these measures and on December 17, 2014, the new rules received royal assent. Under the new rules, which became effective January 1, 2016, testamentary trusts (with the exception of certain “Graduated Rate Estates” and “Qualified Disability Trusts”) became subject to tax at the top federal tax rate. (The Department of Finance released further draft legislative changes on the “Tax Rules for Certain Trusts and Their Beneficiaries” on January 15, 2016, to address some problematic provisions contained in the original legislation.) The combined top marginal federal/provincial rates can range as high as 53%, depending on the trust’s province of residence.

The two exceptions to the new tax rules consist of the following: Despite these legislative changes, testamentary trusts continue to provide many families with estate planning benefits. Potential creditor protection for beneficiaries and potential protection against a Family Law Act claim, for example, are unaffected by the legislative changes. As noted above, income splitting opportunities (e.g. among each adult child’s own family members) can continue to exist with respect to properly drafted and properly administered testamentary family trusts created in Wills. 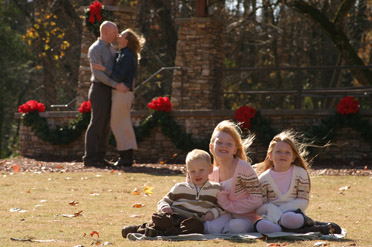 (Important note: The above commentary is of a general nature only. It is not legal or tax advice and does not provide an exhaustive list of changes to the taxation of testamentary trusts. It is recommended that the reader obtain legal advice and/or tax advice specific to any particular situation.)

Providing legal services in Oakville, Burlington, Mississauga, Toronto, and the rest of the GTA.

Do you want to help your loved ones manage a difficult situation if something happens to you? Have you taken steps to minimize the risk of expensive litigation and family discord?